There is the compulsion to say to the world, to those who could not come: I am here. We are here. And even if we still cannot understand, we try to remember. END_OF_DOCUMENT_TOKEN_TO_BE_REPLACED 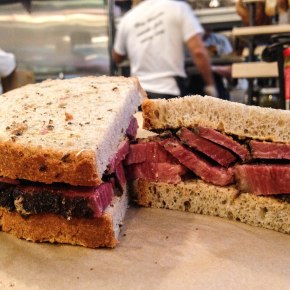 Israeli musician David Broza hopes that bridging cultures through music can be one small step toward peaceful coexistence. END_OF_DOCUMENT_TOKEN_TO_BE_REPLACED

Mainstream media consumers often think of this tiny country’s population in terms of two factors: Jewish and non-Jewish — which often means Arab. Yet the reality is much more complex. Modern-day Israelis have emigrated from or descend from roughly 25 countries in substantial numbers, with Russia representing the largest migration, and Syria the smallest. And … END_OF_DOCUMENT_TOKEN_TO_BE_REPLACED

When I wrote this essay for a USC journalism class in October, there was no obvious sign that tensions between Israel and Palestine would soon flare up in the Gaza Strip once again. But then in mid-November Palestinians began lobbing rockets over the border. A decades-old conflict over territory and homeland picked up where it had last left off. Israel responded with air raids, and casualties resulted on both sides. U.S. media pounced on the story, filling front pages, radio reports, and TV shows. No doubt coverage in Israel and the Middle East was just as robust. But was it free of government influence and other constraints? Israel treats press freedom differently from the U.S., as my paper aims to explain. Times of war are especially sensitive. Israel and Palestine may have agreed on a cease-fire, but Israel’s political situation is still unstable. Israeli citizens — and the world — will need an active press to keep us informed about what is happening, and what we might expect next. END_OF_DOCUMENT_TOKEN_TO_BE_REPLACED 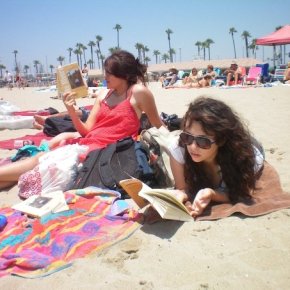 We’re nearing the end of those “lazy, crazy, hazy days of summer,” as Nat King Cole put it in his 1963 pop hit. The days have been especially lazy, crazy and hazy for those of us who just graduated college. Plenty of time for reading! No syllabus necessary. My picks have taken me to the … END_OF_DOCUMENT_TOKEN_TO_BE_REPLACED